Time to know, time to act, time to go, time to react

It's time to go. Which is quite saddening really. I've had a real holiday from my life. But the carnival is over.
Especially for the Greeks.
This fabulous summer is being drawn into the maws of a glowering winter - an angry and hungry one and you can already feel the chill of its breath on the streets. Not temperature-wise yet, but in the constant stream of bad economic news and continual downward trend of the changing rules and the increasing anger at the situation they find themselves in.
There is only one topic of conversation; the incompetence of the government and who's to blame. You hear variations of it in the restaurants, at the hairdressers, at dinner parties, on the streets, in the buses and the cabs, all day on the radio and TV, at parties, concerts and gatherings - wherever you get two Greeks together, the conversation will eventually lead, resentfully, to this. It cuts across everyone - gender, age, class and education. And they all seem to agree; the government sucks, life is getting harder to bear, there's been a conspiracy between the ten most powerful families in the country and the venality of those in power cannot be overstated. Throw into the mix the exigencies of real-politik and well, a small country already on the defensive is suddenly acutely aware of its vulnerabilities.
I've got the TV on in the background as I'm writing this and the screen has been divided into six compartments with seven men - two sharing one - discussing the human cost of the latest measures announced by the government - the loss of pensions, the increase in taxes and how it impacts on individuals - like the eighty year old man, who has always lived within his means, who has never borrowed money, never used a credit card, who has never been late in paying his bills, who is now dependant on a constant supply of oxygen and who cannot afford to pay the latest hike in his power bills and he says, quite succinctly and with a dry and angry humour, if I suffer the consequences of this, then I must invite you all, in advance, to my funeral.
Outrage flows through the country like an angry stream.
I hate travelling in the trains because everybody is so bad tempered. Some of the stations are patrolled by females wearing the uniforms of a private security firm and looking and sounding like the modern version of the Furies. Don't imagine them wearing dark robes and wild black hair - these chicks have short pony tails, bad dye jobs, and wear navy trousers and white shirts topped with padded vests with the words private security embroidered on their chests.
Their personal qualities have been subsumed by the outfit which seems to have been specifically designed to drain their faces of any vivifying colour, leaving them looking pasty and grim, and to highlight all body flaws.
They seem to share the same hairdresser too, who must have had a job lot of the colour orange.
Just looking like that would put me in a bad temper.
They patrol the platforms of a couple of underground stations, where the acrid heat and dust generated by the clashing arrival and departure of trains full of people looking just as dour as they do, aggravates the already high discomfort factor of their gear. They spend their day chasing away the kids who run in and out of the station - probably to provoke them - with a scream of rage and keeping an angry lookout for anyone who looks as if they might possibly, have designs on other people's property.
Their presence is anything but comforting and nobody seriously believes that they make a difference, so we all stand on the train clutching our belongings to out bosoms and refusing to make eye-contact with the beggars who regularly carry out their own patrol on the train, with a practiced inveigling patois and a constant stream of insincere prayers and imprecations for our well-being.
It's a far cry from the sweet benignity of the summer, where people would constantly wish you a happy morning, afternoon, evening, day, week, month, holiday, year, life - and mean it.
Knowing what was to come, the Greeks seemed to savour this summer as a final moment of warmth and light before a very dark time indeed.
And the cold, dark times are coming in fast.
I leave behind a wounded and angry country and it hurts me to see it. I feel for my relatives and friends who must endure this the best way they can, but who have been nothing but generous and loving to me and who have gone out of their way to protect me from all of this.
This country so full of its beautiful water-washed, water-laden light and its naked and vulnerable landscape and its soaring and thrusting topography and its deeply porous soul, is home to a people who, by virtue of their emotionalism are often deeply misunderstood; but they are honest and honourable and brave and they are beautiful. The vast majority of them have lived within their means and have avoided debt and have met their obligations on time and have done the best they can for those they love and if now, they express a noisy anger for the straits they find themselves in and if much of their defensiveness is rooted in embarrassment, not for their own actions, but for the actions of those they could not control, and if they are looking defiant - well, perhaps they have a point. 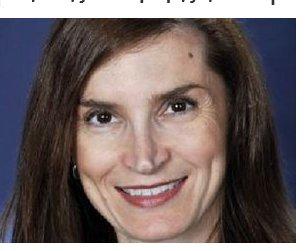 Jenny Bloomfield is the Australia’s new ambassador to Greece with non-resident accreditation to Albania and Bulgaria. She took up her appointment in August and replaced Jeremy Newman who has been ambassador since March 2008.
Bloomfield is a senior career officer with the department of foreign affairs and trade (DEAT) and until recently was assistant secretary, Middle East Branch. She has previously served overseas in Japan and Iran
Bloomfield has a Master of Arts degree in foreign Affairs and Trade from Monash University, a Bachelor of letters in Political Science and French and a Bachelor of Laws (Honours) Bachelor of Arts in Modern Greek from the University of Melbourne.
Bloomfield speaks very good Greek and is married with four children. The new Ambassador is of Greek origin.
We welcome her and we wish her the best in the new position.


Hope you had a lovely summer break. Please be informed that the Australian Ambassador H.E. Ms Jenny Bloomfield and the Staff of the Embassy will join the clean up campaign of SKAI as a Clean Up the World member on Saturday 17 September. We would love it if you could join us in cleaning the island of Egina. Clean up activity starts at 10am from the square Ethnogersias in Egina island. 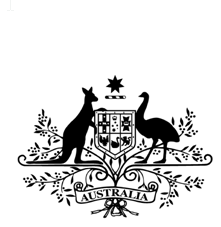 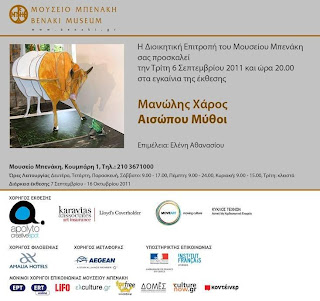